How to install New Relic php agent in Centos Server

New Relic is a “Software Analytics company” that makes sense of billions of metrics across millions of apps. New Relic helps the people who build modern software to understand the stories their data is trying to tell them. New Relic, maker of application-monitoring & server tools ( New Relic php agent )for developers, NewRelic is a managed service SaaS that you plug-in to your web app, which collects and aggregates performance metrics of your live web application.

Follow these steps to install the New Relic PHP agent on Centos 6.7 Server

1. Root/Administrator access to the Server on which you will install.
2. configure firewalls/proxies to allow the agent to report data to New Relic.

Step 1. login to your Newrelic account and click on APM and select web agent to install.
In my case i am selecting PHP web agent. 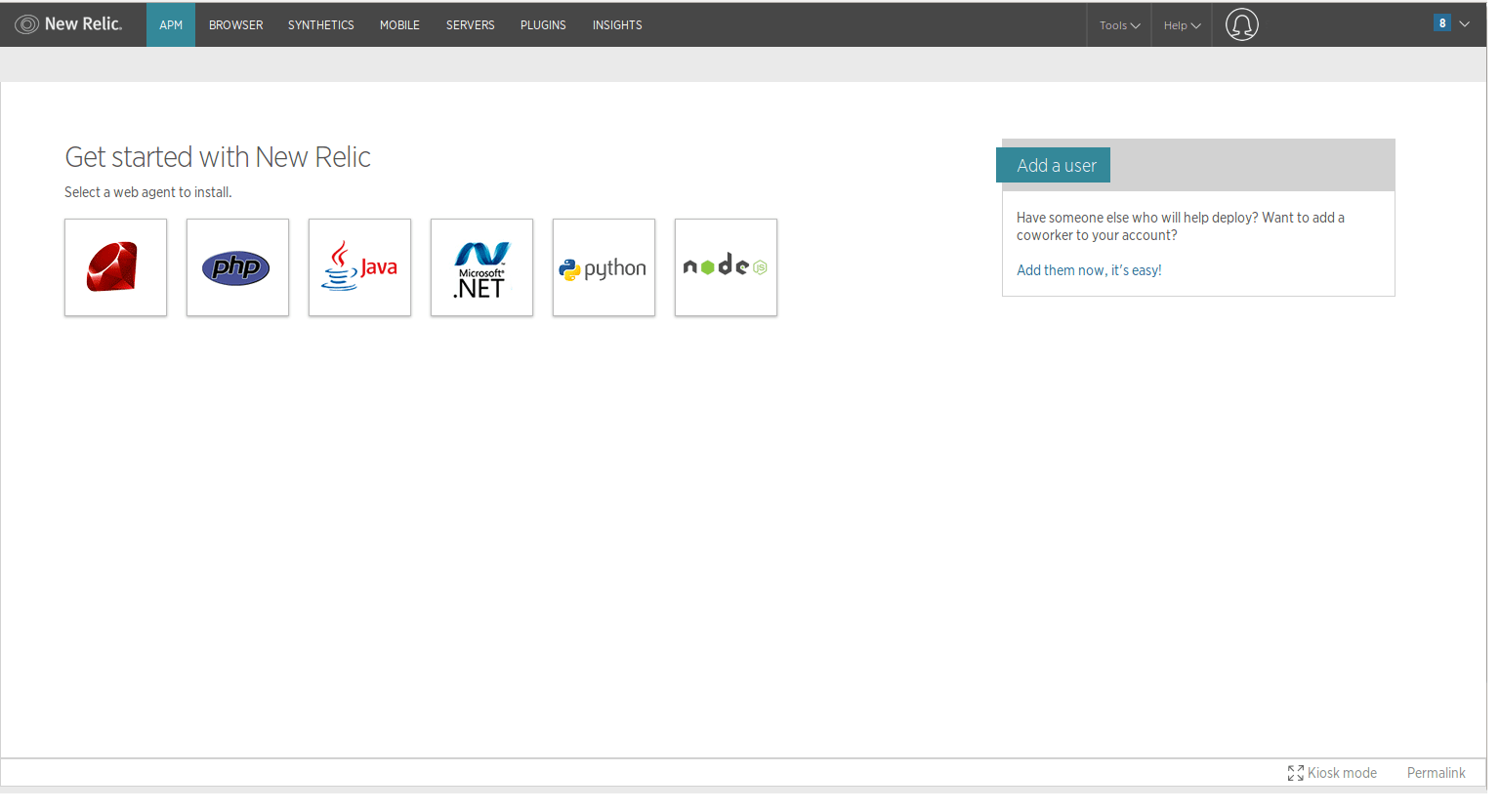 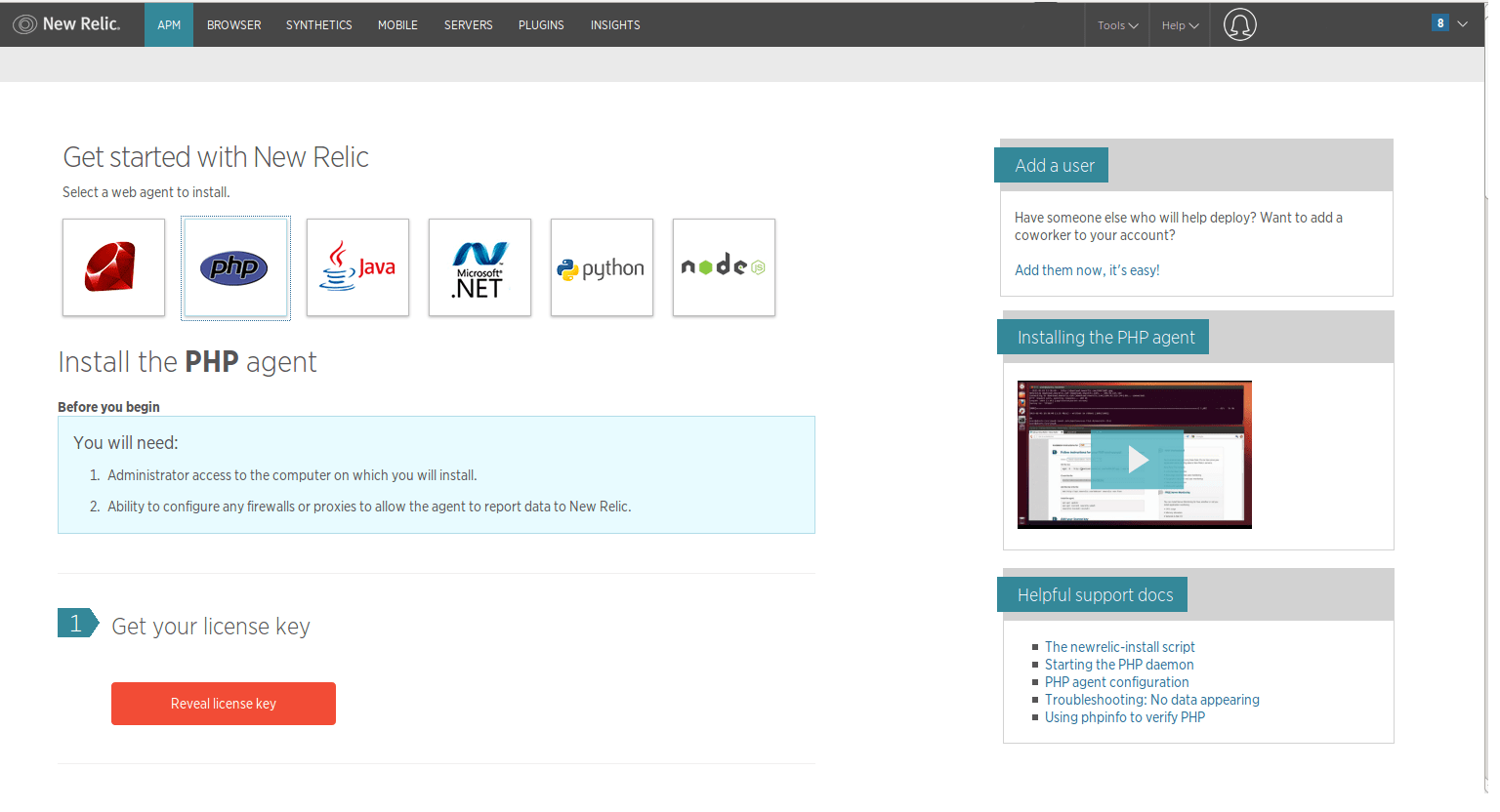 It’s time to install the agent, Run the following commands.

Step 6. Again login to your New Relic account see DATA/statistics within few minutes as seen in below 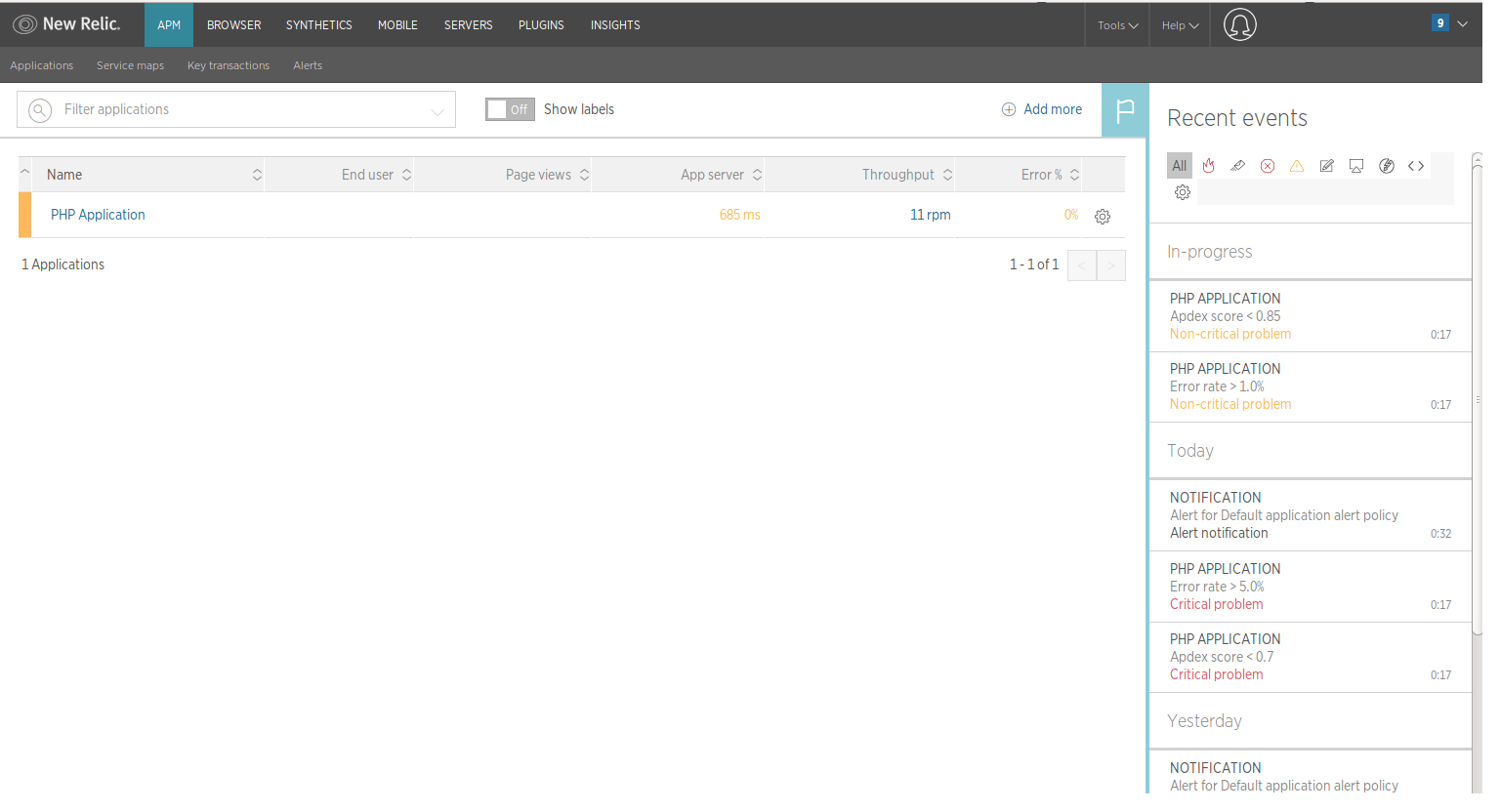 View more posts in this category !!!